Today we are going to be focusing more on his second book.

Different individuals have described Jordan Peterson in various ways during his career. His reputation was not well received by the media. He was called a transphobic, a hypocrite, a mean white man and more. There are videos of young college students like me yelling and throwing tantrums to disrupt his speeches.

His ability to keep his calm, in my opinion, is what sets him apart. His capacity to respond even with his stance fascinates me. It’s difficult to elicit an emotional response from him. I sometimes wonder why people even try. In his talks, he has stated that he makes no attempt to stop people from shouting at him. He believes it is best to let things play out freely. Doing so allows everyone to practice free speech and it is the most straightforward method of expressing the issue.

Many young people have been impacted by his views on free speech. His audience has been reported to be mostly male, and he is known for advising young men. I don’t believe his argument is intended towards men, though. It appears that guys are more likely to pick it up. But that’s not to say that Jordan Peterson can’t teach women something. I, for one, quite enjoy his work even when I disagree with him on some points.

In my blog post today, I am going to be writing about five of my favorite rules of his, along with some quotations from his books.

Rule #1: Stand up with your shoulders back.

This one is obvious; it is the first rule in 12 Rules for Life: An Antidote to Chaos. But I should add, with good cause.

I’ve said that Jordan Peterson’s posture fascinates me. Before reading his book, I thought it was something that came naturally to him. But then I thought, he thinks about how he wants people to see him! His posture is a part of that.

I watched some videos of his daughter Mikhaila Peterson, and I realized she has a similar demeanor. Well, she is his daughter. I’ve been told I act like my father as well. But Mikhaila seemed to be very sure of herself. I didn’t feel like I was putting out the same amount of energy. I felt like a defective duplicate of my father, whereas she appeared far more original. She had the same posture as her dad. She looked athletic, smart, and healthy.

I looked at my posture in the mirror. My shoulders were rounded, my chest was tucked in. I looked like I’d lost a fight. I felt like I didn’t matter. I looked bothered and sick. I didn’t believe fixing my posture would make me feel better. I couldn’t keep my shoulders back for more than five minutes. My back muscles were so weak that it hurt to stand up straight!

This quote resonated with me the most in my effort to improve my posture and self-perception:

“So, attend carefully to your posture. Quit drooping and hunching around. Speak your mind. Put your desires forward, as if you had a right to them—at least the same right as others. Walk tall and gaze forthrightly ahead. Dare to be dangerous.”

Rule #2: Treat yourself like someone you are responsible for helping.

In this chapter, Jordan Peterson discusses how even individuals with the most serious illnesses fail to take their prescriptions, yet when it comes to their pets, they always follow the veterinarian’s instructions no matter what. He says:

“It is difficult to conclude anything from this set of facts except that people appear to love their dogs, cats, ferrets and birds (and maybe even their lizards) more than themselves. How horrible is that? How much shame must exist, for something like that to be true?”

This chapter was very meaningful to me since I understand how it feels. I have a kitty that I adore. I never forget to feed him, to change his water, or to give him love. When it comes to me, though, I fail to perform every one of those things properly.

Rule #3: Befriend people who want the best for you.

I can’t stress how much of a difference realizing this made in my life. This rule seems the most obvious, right? Who wants to hang out with folks who just want the worst for them? Well, I did. And I was astounded by how many young women make this mistake. I always wanted to make a good impression on my friends because I am a highly agreeable person. I never wanted to make anyone feel bad or controlled, I tried to be cool with everything I received. To my friends, I was a fan; and to me, they were celebrities.

I thought about my old friends, I wondered how many of them thought of me as a person who didn’t want the best for them, or a person who held them back from growing. That thought put a pain in my chest. I figured, I needed to reach out to every single one of them and ask how they were doing. I couldn’t find the will to write to most, but from the ones I wrote to, most of them didn’t even respond. Well, that’s life, I guess. Life just goes on. It never waits for us to figure things out. But along the way, I found good friends. There’s not many of them, but at least I know they’ll be there when I need them, and they’re genuinely happy when I am.

And that’s enough for me.

Rule #4: Note that opportunity lurks where responsibility has been abdicated.

To break the order a little bit, this rule is the fourth one in Beyond Order: 12 More Rules for Life, which makes it the 16th rule out of 24, but it is within my top five because it’s simply one of the most astonishing things I’ve ever learned.

I’ve always been a lazy kid. Then I grew up and I became a lazy adult. I put things till the last minute. Things never seemed to feel right when I was younger. People would call me rebellious and irresponsible.

However, throughout my freshman year of university, I set aside time to study and worked diligently. I didn’t try to fool my mother into thinking I was studying for the first time in my life; instead, I sat down at my desk and worked as hard as I could. I worked out, cleaned my room, and made time for myself to accomplish the things I wanted to do. Everything just fell into place. I was content with myself, and I was aware of what was going on around me. I didn’t feel stupid or clueless. I never broke a sweat in class since I never forgot an assignment. I felt that I was strong.

Before I did all these things, I was wondering when I would find happiness. Everybody seemed so cheerful, so happy to be alive. I wondered why I couldn’t like life as much. I would get lost in my thoughts, refuse to even make my bed, because it just seemed like a useless task.

Why make the bed if you sleep every day, right?

I should also mention that my first year of university was not the happiest of my life. I used to get up at 5 a.m. to study mythology or history, and I hated having to sit at my desk that I never wanted to see again in my life. It would make me physically ill at times. I’d moan and groan.

But then, the funniest thing happened. My mom told me to take a break! For me, that was a first. It made me happy. It just lasted a fraction of a second, yet I remember it fondly. Even when the only version of myself she knew was a lazy koala, she believed in me. All that because I decided to take responsibility.

I’ve listened to many YouTube videos Jordan Peterson published, so I was aware of his views on the relationship between happiness and responsibility. This chapter, on the other hand, was truly unique.

“It appears that the meaning that most effectively sustains life is to be found in the adoption of responsibility. When people look back on what they have accomplished, they think, if they are fortunate: “Well, I did that, and it was valuable. It was not easy. But it was worth it.” It is a strange and paradoxical fact that there is a reciprocal relationship between the worth of something and the difficulty of accomplishing it. Imagine the following conversation: “Do you want difficulty?” “No, I want ease.” “In your experience, has doing something easy been worthwhile?” “Well, no, not very often.” “Then perhaps you really want something difficult.” I think that is the secret to the reason for Being itself: difficult is necessary. It is for this reason that we voluntarily and happily place limitations on ourselves. Every time we play a game, for example, we accept a set of arbitrary restrictions. We narrow and limit ourselves, and explore the possibilities thereby revealed. That is what makes the game. But it does not work without the arbitrary rules.”

Rule #5: Be grateful in spite of your suffering.

This is the 24th rule, which is the final one. I felt right to finish our journey with the last rule because it is one of the most freeing ones. It really doesn’t need more deliberation. To put it simply, no matter who you are suffering is a part of your life. And we, all of us, must learn to deal with our pain. Life gets worse when you focus on the worst.

“Despite the fact that the world is a very dark place, and that each of us has our black elements of soul, we see in each other a unique blend of actuality and possibility that is a kind of miracle: one that can manifest itself, truly, in the world, in the relationships we have that are grounded in trust and love. That is something for which you can be courageously thankful. That is something in which you can discover part of the antidote to the abyss and the darkness.”

Political correctness: a force for good? A Munk Debate

Jordan Peterson – The Tragic Story of the Man-Child

Features an Entrepreneur Needs In Their Life 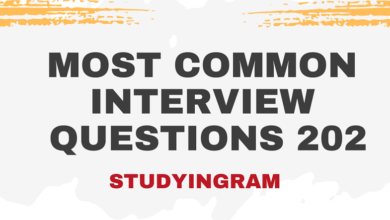 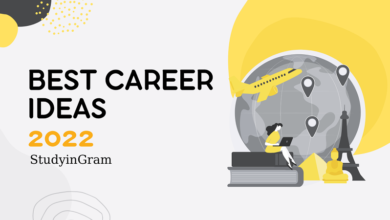 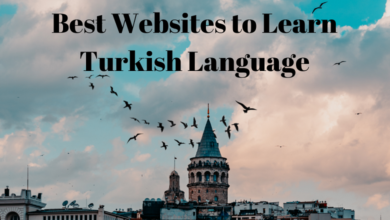 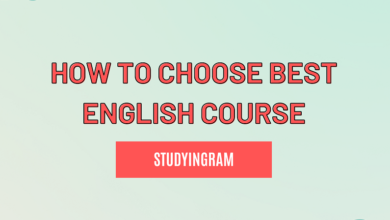 How to Choose Best English Course